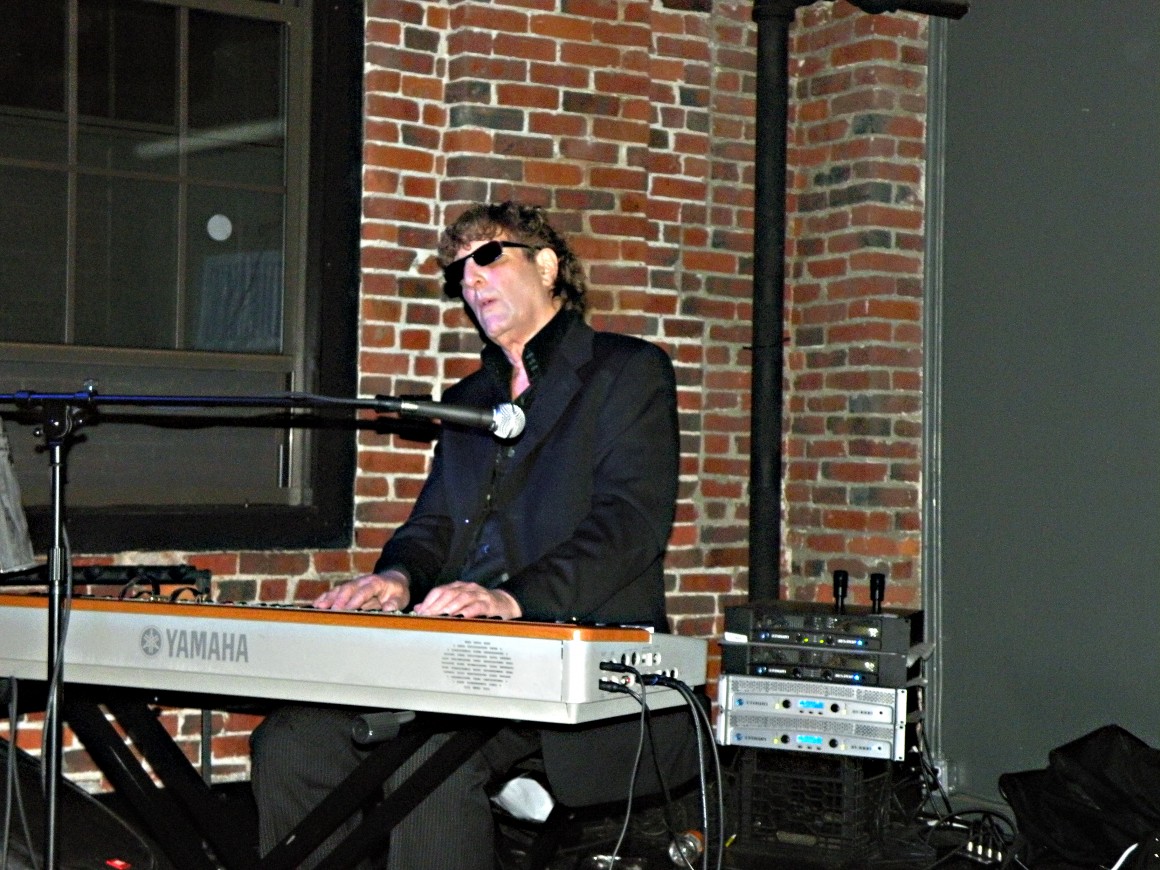 There are all types of personalities in Blues. David Maxwell was a top shelf gentleman and extraordinarily talented piano player. His great deep voice brought his songs to the Blues community with creativity and humor. Peter Ward puts on a show at the Regent Theater in Somerville, MA in memory of the late, great, Queen of the Boston Blues scene, Mai Cramer. Boston’s WGBH radio’s long time host  of “Blues After Hours” with Mai Cramer.” David played “Blues After Hours,” the theme song for Mai’s show. It was very solemn and spiritual. He raised the memory of Pinetop Perkins in his performance and the bittersweet memory of Mai, who brought Blues and Blues musicians to the air every Saturday night for so many years.

David brought Blues to people in many languages and his boogie woogie piano transcended all levels of appreciation to bring the people to their feet.

His illustrious past included many years with Freddie King, worked with Muddy Waters, Bonnie Raitt, John Lee Hooker, James Cotton, and Louisiana Red to name a few. His recording with Louisiana Red was so tastefully done, his accompaniment gave Red a foundation to shine like the star he is, and David helped him put together one of his most soulful records.


I remember one night, (I hate to say I can’t remember the club) but David came and got me, to take me to meet guitar player, Hubert Sumlin, whom I had always loved and admired. I don’t know how David knew I would love to meet him, but he took me downstairs to where Hubert was and we all had a nice chit chat and a smoke and I don’t think I had ever felt more comfortable with two such, self effacing, down to earth, outstanding and famous musicians! David was kind and also intuitive and I have that memory for all time.

David was a very versatile musician and he studied Jazz as well as Blues. One night I went to a friends house in NH where they were having a fundraiser for a Democratic candidate and there was David with Nicole Nelson doing a sophisticated Jazz set on a Steinway piano, they were so sultry and cool, it was wonderful.

He was gracious and kind to host a Blues Audience Party, at a club called Mal’s, for me back in 2009. It was a great night and the most successful Blues Audience Party we ever had, and WHAT A BAND he had put together for the gig. Per Hanson on drums, Jessie Williams on bass, Troy Gonyea on guitar, it was an exceptional night. Here is a short video I took with my camera of David playing that night.
The poster featured the coolest picture of David from The Ottowa Blues and Jazz Festival: 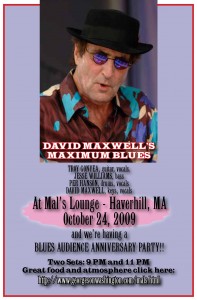 We have lost a high quality talent and as a member of the New England Blues community I have to say it is a HUGE loss for all of us, having been spoiled by his proximity and having the choice to see him when we want.

John Sheera who helped produce OPEN MIC AT THE KNICK a CD (This CD is in my top ten list of 2014! It is really good) recorded in RI featuring many of the best in Blues in New England including David. He sent this note:

And as an appropriate close, you can see him on Youtube with Freddie King “Ain’t No Sunshine When You’re Gone,” we hate to see you go, but we will always remember you as the star you are. -Diana Shonk