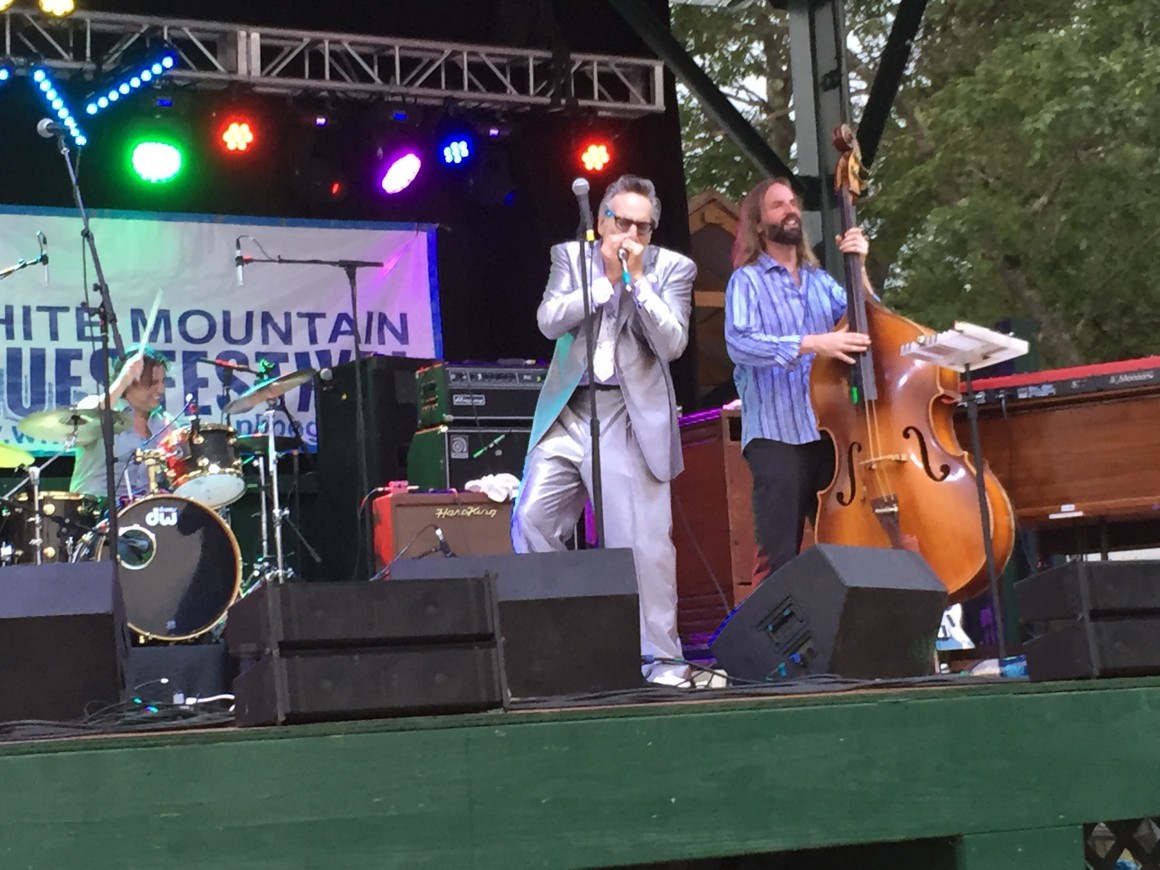 It was great to be back at the Boogie this year, after missing it for the first time last year. The ride up there couldn’t have been easier, no traffic and it didn’t take long to see those BIG mountains (compared to what we have down here) just gorgeous. The campers had been there starting on Thursday night, a new rule, it used to be you had to come on Friday. They had a new stage that looked very impressive, with a screen to the left that projected the musicians which I thought was very high tech, it was like a sports arena but I never saw a “kiss cam.” There wasn’t a good place for me to take pictures, the $100 seats block any full frontal view, but I tried to get a few which I have added in here. There weren’t too many because I didn’t bring my good camera that could have zoomed in, oh well.

I stayed at the Snowy Owl Inn (with the musicians) which was very nice and I got to help Rick Estrin with his morning coffee. He is such a nice man. 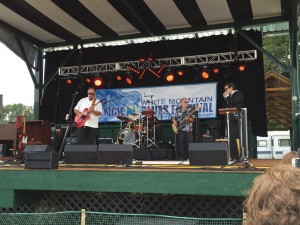 Reverend Raven and The Chain Smokin’ Altar Boys- the Reverend dedicated a song to me! They were definitely a crowd favorite, there was a line a mile long to get their CD and have it autographed. 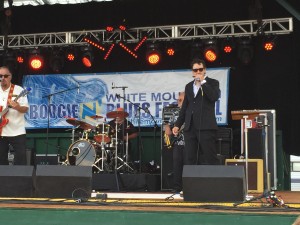 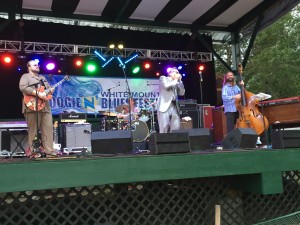 Rick Estrin & The Nightcats brought some serious Blues and a little fun on the side. His Hammond B3 player also plays bass. When he plays the B3 he can play the bass lines with his feet! 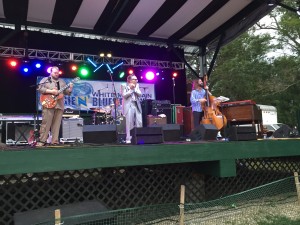 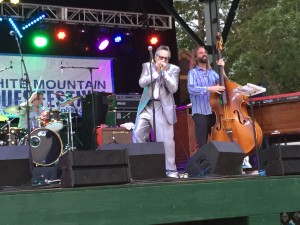 Ghost Town Blues band was interesting, a combination of musical styles, very entertaining. They “second lined” down from the hill to the stage with the trombone leading the way, the crowd loved that. They really never stopped dancing the entire set. They had some unusual home made instruments, one was the lead guitar player’s grand mother’s silver ware box which he made into a guitar, a percussion stick with a bunch of weird dolls, a HUGE bra, bells and feathers and the like, that was a big hit. I saw pictures of a cigar box guitar. The keyboard played was intense, he kept blowing huge plumes of smoke into the air, I found out later it was an electronic cigarette. They are from Memphis and were very friendly, they stayed around all day in the crowd, meeting people signing autographs and generally enjoying the scene. I didn’t get any pictures of them, sorry.

Niki Hill did a lot of soul and some Motown she had a great energy and really engaged with the audience. Her husband has an outstanding record I heard that weekend. Matt Hill and The Deep Fried Two and their CD TAP THAT THING. 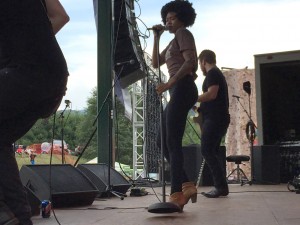