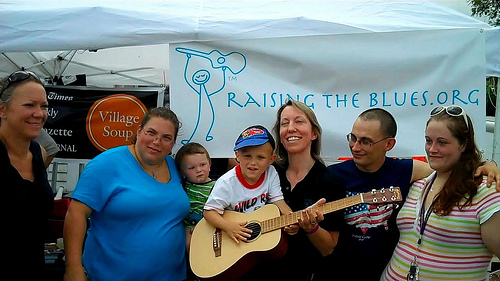 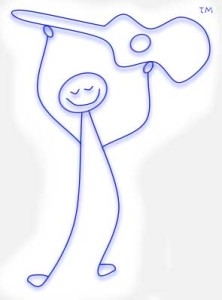 the Blues musings of TJ Wheeler

An Organization that is clearly “Raising the Blues”

Blues Societies across the globe often have lofty mission statements describing their means to perpetuating the legacy of the Blues. The list includes Blues education programs, the creation of concerts, festivals, monthly newsletters and other methods of “promoting awareness of America’s most important foundation and roots of popular music.” Being mostly volunteer driven, with a rotating cast of board members, officers and members, many have a challenging time living up to their goals. I can sympathize, having been the director of the Blues Bank Collective for over 20 years and understanding how time consuming these goals are; I feel, however, that what any organization can do is always helpful, and prefer to look at it as a glass half full, instead of half empty. 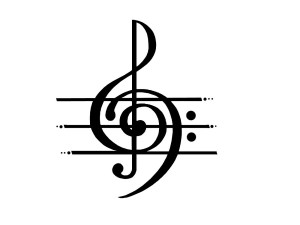 There is only one Blues non profit organization, that I’m aware of, whose entire mission from the get go, was to use the Blues’ inherent healing powers to ease the burden of physical and emotional pain for children in need. That organization is Raising the Blues, Ltd. (“RTB”).
Since 2008, without the multiple goals of other Blues Organizations, RTB’s founder and director, Ruth Atherton has stayed focused and unwavering on her original vision, “to raise the sprits, abilities and aspirations of children with unique life challenges through the use of Blues music.

In the last six years, RTB have reached thousands of children, from newborn’s to late teens across New England and occasionally in geographical areas from Memphis to Florida and now expanding to Seattle.

At the end of my column, is their succinct, and potent mission statement taken from their web site www.raisingtheblues I whole heartedly encourage all of you to explore their web site, it is a fun, an inspiring visual experience.

Many of RTB’s roster of Blues artists/educators will be no stranger to long time TBA readers. A partial lists include Jon Short, Robin O’Herin, Dan Stevens, Mark Nomad, Sacho Zver, Sugar Ray & the Bluetones and even TBA’s own Blues Muse.

The short list of venues the above artists have performed for, include the Shriners Hospital, The Barbra Bush Children’s Ward at the Portland Maine Hospital, Spaulding Youth Center, the Mass Hospital/School, the North Atlantic Blues Festival and the Webster House. The latter was sponsored with by Granite St. Blues Society, the NH State Council for the Arts, The Blues Audience newsletter and RTB. That was an extended residency where at the end the students performed a smoking set of Blues at the Barnful of Blues festival in 2010. As well as concert/workshops, RTB has also provided music lessons and has given guitars away to dedicated students who expressed a deep desire to learn how to play as well as hundreds of harmonicas generously given to the eager hands of the children.

The “special needs” that many of the children have extremely diverse. Just some of the conditions include students with neurological challenges, autism, ADD, cancer, other medical, emotional, and physical challenges due to accidents, abuse, and birth defects, many of whom have and restricted access to the arts and economic hardships.

I’m sure any of the above artist and of course Ms. Atherton herself have a ton of personal remembrances from these performances/ workshops. I have countless myself. One was with a student who had extreme limited use of his arms and, hands. During our workshop, which was a rehearsal for a entire student body concert later that day, the student asked to play my ukulele. Though I admittedly was taken back at first, I handed my “uke” to the nurse who was helping him. He directed the nurse to place the ukulele at his feet and she removed his shoes & socks and he played my uke solely and soulfully with his feet. Well…Richie Haven’s himself would of been envious of the rhythms that young man threw down that day! At the concert, he continued to display his impressive strumming. Even though it was apparent his feet were getting sore, he was determined to finish the concert. Forty five minutes and a couple of broken “uke” strings later, he was still jamming to literally beat the band!

RTB Mission Statement: Raising The Blues, Ltd. is a 501(c)3 non-profit charitable organization dedicated to bringing music to children undergoing medical treatment or recovery, and children with physical, emotional or educational challenges. Primarily through the use of Blues music, we seek to raise the spirits, abilities and aspirations of children who can benefit from musical enrichment and interactive musical opportunities.

'Raising The Blues…' has no comments