to check out the scene with the Reprobate Blues Band at Herrick’s Tavern.

The wafting smell of cow manuer and that long lovely flat rich land made me a little jealous,
being a farmer at heart. That part of Massachusetts is really pretty with all these old farms and fertile soil.
Herricks is in a little complex on Rte. 202. Right next door was a disco (for lack of a better word) with a bunch of young black and white kids grooving to that “real mod-ren {sic} music.” It was fun. 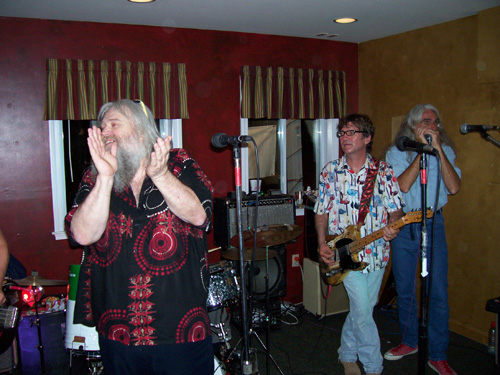 Charlie Scott is a very amiable man who is just perfect to run a jam like this one. They call him “Merlin” because of his long beard and mysterious look.
He got people up including a barbershop quartet! And a couple of young kids who were very excited. Also some very good players who were just out for a night out and a good time. Charlie likes to heckle, I like that in a person. He heckled me! He was very nice and helped me with the raffle prizes and was very accomodating. And the people who came to the jam and our party were just as nice as him. It is fun to go down there because people still remember me from my radio show at WRSI (The River) which I did for 5 years. It still freaks me out a little when someone says “I know that voice” and it is me they are referring to. This was a good place to spread the word about the newsletter and all the musicians in it. I got two new subscribers that night. Stewart James, who runs the Juke Joint Jam at the Ironhorse and is also a bartender there. Also a man named Brian Anastasi who runs a Weekly Band listing service. 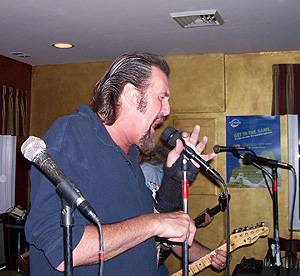 Stewart James sits in at the jam- photo by Diana Shonk I gave away so many prizes it made their heads spin and I think everybody had a good time because they mentioned to Charlie that they would like us to do it again so we are! SO o n December 13th (two short days after my birthday) we are having a party at the Athol American Legion, which is bigger and it should be a great night. It will start early, like 8:30 and The Reprobates will play an opening set and then we will do the raffle and give away all the prizes and then come HARP! You HAVE to come, that is going to be a fun night! 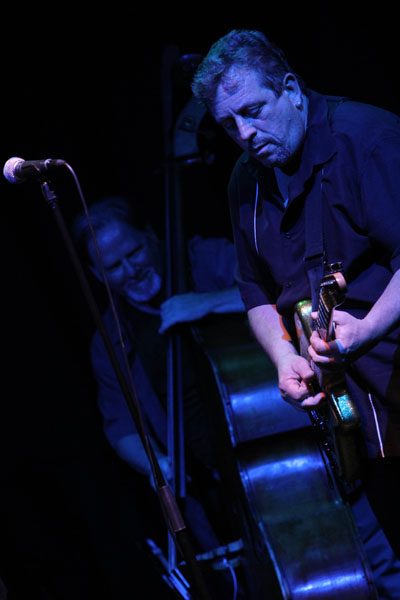 'The Reprobate Blues Band' has no comments